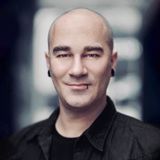 What the Ancient Egyptians teach us about iteration

Building software is continuous. When we start something, we know the least about what it is we need to do — only ever learning more as we progress. So why do we often decide what it will be in the end, at the beginning?

For three and a half thousand years the Egyptians ruled along the Nile. The royal tombs still standing on the Giza Plateau only one of their many crowning achievements.

In the earliest days of their civilisation, like many ancient cultures, they laid their dead to rest in simple pit graves and burial mounds.

We might call it Afterlife Management MVP * — it meets the need, and gets the job done.
* minimum viable product

Over time these mounds became more formal and planned, evolving into tombs known as mastabas: simple mudbrick structures with sloping sides. They iterated.

To show his pharaoh's power and glorify him in the eternal afterlife, Imhotep developed the idea of stacking mastabas and building in stone. He created the first pyramid: the Step Pyramid, a prototype for all that followed.

This development marked the arrival of the Old Kingdom: the Age of the Pyramids.

Decades later, pharaoh Sneferu completed a second pyramid. His engineers experimented with its form, progressing from stepped to smooth sides. It collapsed before completion and was abandoned — a failed experiment.

And so Pharaoh commissioned another attempt to apply what they'd learnt.

During construction they realised halfway up the angle from the base was too steep. So they pivoted. Quite literally.

It's affectionately known today as the Bent Pyramid.

It was still functional and served its purpose. And it's world-famous today because
of their response to changing requirements.

The Egyptians' process of build, measure, learn * continued over generations, culminating with the world's largest stone pyramid: the Great Pyramid of Giza. It's one of the seven wonders of the ancient world, and recognised by billions.
* shout out to Lean Startup

What I love about all this, is that you can literally see the Egyptian's learning process captured right there in stone:

How wonderful is that.

At the start of each successive pyramid, the Egyptians had their earlier structures to look back on. They were massive, living prototypes which later generations could learn from. And it all played out over centuries.

Their material remained the same throughout, each new iteration improving their knowledge of its properties, constraints, and possibilities.

The mausoleums at Giza are masterpieces, the pinnacle of this design.

They took it as far as it could go.

As the Old Kingdom declined in the following centuries, so did the pyramid tradition. Stakeholders, sorry, I mean Pharaohs competing to build more ambitious monuments led to over-engineering and it became no longer feasible nor celebrated. Sound familiar? Today we might liken it to experience rot.

Their needs changed and fresh thinking was desired. Later dynasties established a new royal necropolis in the Valley of the Kings.

It's a new design, a different approach, an even more advanced achievement.

We can see the influence of everything which came before: the stepped architecture, the angle of the ramps, even the way they let light into the interior of the building.

This design is a result of learning and adapting from trial and error.

You don't get the Valley of the Kings without building the Pyramids first.

But you also can't get to the Valley of the Kings by refining a pyramid. When it's time to take a different approach, you have to make a leap.

We call this designing through the local maximum.

When you start something, you build it up, you iterate — eventually you reach
the pinnacle of your design.

And when those opportunities to start afresh come along, we're never actually starting from square one. We're starting from that dip in the middle, building on everything we've previously learnt.

The Egyptians were working with atoms and matter so the cost of their mistakes or change was high. They had to work slowly, and their feedback loops spread out over lifetimes.

In software, we work with information at the speed of light so our cost of learning or change is extremely low. We can progress fast, and our feedback loops are in real time.

So why is it when we set out on a new piece of work, we often decide what it will be at the end, at the beginning?

When we start something, we know the least about what it is we need to do—only ever learning more as we progress.

So stop defining everything up front.

When the outcome drives the process,
we'll only ever know where we've already been.

If process drives the outcome,
we may not know where we're going—
but we'll know we want to be there.
— Bruce Mau

You don't get the Valley of the Kings without building the Pyramids first.