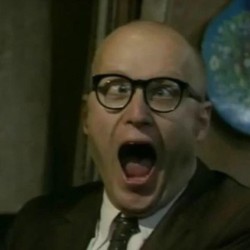 In the final entry in our advent calendar of blog posts I'm going to take a moment for some reflection. But, fear not, as it's also Christmas Eve we'll pull a cracker together and perhaps have a mince pie before we are done.

Christmas 1996 happened 21 years ago. The World Wide Web was still in its infancy, Javascript was less than a year old and the likes of Java and XML didn't even exist. The fact that I can say that all this happened less than half a lifetime ago for me is a sobering thought. But, this is no post reminiscing about the likes of floppy disks, Netscape Navigator or BBC micro keyboards. No, this is a more self-indulgent tale. It does involve Star Wars though. Sort of.

But let's start at the beginning... 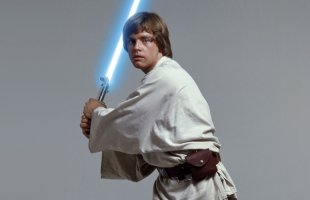 I'm 43 years old. Back in 1996 I started my first job as a developer writing Visual Basic 4 for a software house in Oxfordshire. I had recently graduated from university with a Computer Science degree having come via the familiar route of home computing, GCSEs (yes, I'm just about young enough for them...) and A-levels. I was daunted but excited about starting the next stage of my life.

Those first few years were spent learning my trade and establishing my reputation as a reliable engineer who could lead any of the projects that came into the software house. By the time I left 3 years later I was a "senior developer" and ready to push my career onto the next level. I was proud of the reputation I'd established and was raring to go.

Fast forward a decade and I was a... software engineer. What the hell happened? Surely I should be running my own company by now? Or be an architect, business analyst, manager or, well... something else?

Then, to make things worse, there was a generation of younger engineers coming through who just seemed better than me. They had energy, enthusiasm and tech knowledge that I just didn't have a clue about. That both daunted and depressed me. What I had achieved in the past seemed for nothing. I was an imposter. And yet a part of me knew that, deep down, I was still a decent engineer.

I also found myself, for the first time in my career, becoming somewhat at odds with my manager. What he wanted from me as an engineer just wasn't me; it wasn't the engineer that I'd learnt to be.

It took me a while to realise that engineering as a discipline had evolved whilst I had stayed put in my own comfort zone that I was now being ejected from. The new generation of engineers were born of that evolution and embraced it.

So, swallowing some of my pride, I took the time to watch and learn from this younger generation of engineers. Over time, I changed my approach to my job. I started presenting to my peers. I listened to presentations from my peers. I started reading and researching more. I started going to meetups and conferences. 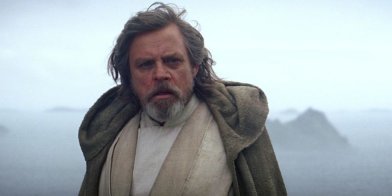 Fast forward another decade and I'm a... software engineer. And that's fine.

It seems to me that, software engineering as a job is unusual in that whilst some of the tools and philosophies we use have lived on relatively untouched over the years, the majority are evolving all the time. Meaning a constant culture of listening and learning is crucial to being effective at the job. On the other hand, it can be easy to be blinded by the gleam of the latest shiny thing only to lose sight of just how effective some older technique was. This is where the voice of experience can be useful.

To stretch the Star Wars metaphor a little further, everyone is a master and a padawan.

And you know what? I like being a padawan. I like the fact that I can get into work and learn something new every day - usually from my (mostly younger) colleagues. I like that I'm constantly being challenged in my ways. I like solving the problems presented to me with a combination of the old and new. I like the mutual sense of respect I get from colleagues regardless of age or experience. And whilst I like all of that I'm going to remain an engineer.

But what of that career progression? I'm in a job that (for the most part) I love. However, it's a job that employers struggle to provide a career path for. After all, why try and lead engineers away from what they love doing and are good at? But then how does an employer provide the sense of progression to the engineer? It's not a question I have an answer for unfortunately.

On the other hand, it's a job I look forward to doing each day (well, most of the time). It's a job that has, in part, allowed me to live comfortably with my lovely family in a beautiful area of Somerset that allows me to indulge my various outdoor pursuits. I'm happy.

And, right now, that's progress enough for me.

Part 3: The Voice of Experience

And so we move on to pulling that Christmas cracker. Hopefully, if you've read this far you can excuse me my indulgence in a Star Wars themed dad joke. It's even Christmasy. Sort of. And so (with due credit and apologies to George Lucas and whoever I heard this from years ago) here we go...

Our story starts with Darth Vader and Luke Skywalker locked in mortal combat. Light sabers flash, blows rain down from both sides, the air is crackling with The Force. The two fighters are evenly matched but finally Luke finds himself ready to strike the final blow. Darth Vader, barely able to speak implores Luke,

"Wait! There is something I must tell you."

"I know what you're getting for Christmas."

Luke, aghast cries, "No! That's not possible. How could you possibly know?!"

Darth Vader, breathing his last breath, whispers, "I have felt your presents."