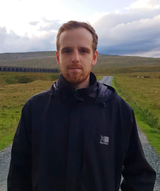 A wise man once told me “never try and explain more than one concept in a blog post”, this christmas I’m throwing caution to the wind and doing just that. Stay with me and this blog post I'm going cover how to use the power of property based testing and automatic type class derivation, with the end goal of making your tests more concise and less prone to bugs.

Type classes are a programming concept from Haskell, offering ad-hoc polymorphism. The power of type classes lie in the fact that unlike an interface where one has to extend to define inherited behaviour, instead evidence that a given class or type satisfies an interface is provided, and resolved implicitly. To limit the scope of this post I’m not going to go into detail on type classes as I think there are lots of fantastic resources available online explaining them (a few of which I have included links to recommended reading at the end of this article). I thought it worth briefly touching on type classes now, as they are a fundamental concept worth understanding before covering the rest of the content in this post. Anyway, onwards!

If scalacheck is new to you I have included some good learning resources in the recommended reading list at the end of the article. To give a simple explanation of what it is and how it works consider the following code:

What the above code is doing within the forAll block, is generating a random list of strings, reversing it twice and ensuring that the original ordering of the list is preserved. The code within the forAll block is executed a configurable number of times, with an assertion which is evaluated to determine the test result.

One of the things I really like about this is it removes the need for ever growing utility objects for testing, which consistently need to be updated as case classes evolve over time. Under the hood scalacheck uses an implicit instance of a type class called Arbitrary to configure the generated Arbitrary values for any generic type T which looks like this:

That is to say for an instance of a type class, we need a Gen (generator) to generate an instance of this type. Scalacheck provides Arbitrary type class instances for most standard scala types out the box (which can be found here), along with helper methods to create generators (as seen here).

One important feature to be noted here is that an arbitrary needs to be defined for all types and not just primatives. This means as your code base grows and your tests get more complex, as do the Arbitrary values which you need for your tests to function. Arbitrary type classes can be composed, however for large codebases there can be some of boilerplate involved. Those dreaded test utility packages which were once filled with endless varieties of case class instances are now filled with Arbitrary type class instances, which if you're not careful can continually grow.

However if we consider the following case class:

If we have arbitrary values defined for types String, Long and Currency, logically speaking there should be away we can combine these into a single arbitrary instance of Gift without having to hand write a new Arbitrary instance? Luckily we can do just that, using automatic type class derivation: enter Magnolia.

Magnolia abstracts over scala Macros to allow users to generate type classes for case classes, and sealed trait hierarchies. On a high level, it will generate type class instances for you by automagically combining defined primitive type class instances at compile time to a composite type class. This same thing can be achieved using shapeless, however Magnolia distinguishes itself by claiming to offer between 4x and 15x performance improvement. Very exciting I know, let's jump into an example of what a basic derivation object for an Arbitrary in magnolia would look like:

Lets move our focus to the combine method, from this we need to derive an Arbitrary[T] from all the parameters on a given CaseClass[Type class, T]. Luckily CaseClass exposes a method which allows us to do just that:

Now I know thats a lot of information, so lets see what makeParam function we would pass to the construct method defined above, in order to construct a value Type, from it's respective type class instance Arbitrary[Type] would look like:

Parameters and seeds in the context of above are simply configuration settings for scalacheck to determine the size of the generated item and the random number generation settings. So this is the makeParam function we need to pass to Magnolia to construct an instance of of a given case class. Lets go back to the original derivation object we saw previously and see where we have got to now:

You can see in the final step, we wrap our value of T in an Arbitrary, and voilà! We can now automatically derive composite Arbitrary type classes for any case class, given we have Arbitrary instances for its primitive types in scope. It's worth noting in this case the Gen.delay, ensures that the arbitrary instance is evaluated lazily and each time it is summoned rather than once. Otherwise this would result in the same value being generated continually for each test case.

For fear of information overload I haven't included an explanation of the derivation of sealed traits, but if you're interested the code for this and the rest of the example covered in this post can be found in this example project.

Although a lot has been covered in this post, when you actually go and look at the code required for this derivation it's very concise, surpisingly readable and the compile time is negligible. There isn't a tonne of documentation out there but thats partly because there aren't that many concepts which need to be covered, by reading through their examples on git, and the tutorial it's very achievable to be deriving your own type classes in no time.

It's worth noting that Magnolia is still an experimental library, run time performance hasn't been evaluated and as stated in their documentation it hasn't had the same exposure to real-world datatypes that Shapeless has had. Overall however I've had fun working with it, and the compile time to magic ratio (CMR) makes it a compelling tool to utilise in future projects. Thanks for reading and have a great Christmas!

The Type Astronauts guide to shapeless
Even if you're not interested in Shapeless, chapter 3 provides a great explanation of Type classes, and type class derivation.

Magnolia Documentation
Explains the motivation for the project, and provides a thorough tutorial on how to start using Magnolia yourself.

Scalacheck Documentation
Provides extensive examples, and links to some great talks covering the fundementals of property based testing

Parental advisory- Implicit Content!
A great article from the Guardian, explaining type classes in the context of Scala in depth.