Claire is a Product Manager at Ovo

Making life better, one kanban board at a time

Getting to school in the morning without someone being in tears is a problem in all families. As a single mother, I knew that if it carried on the way it was, the girls would be scared of me. I would not get to hear their deepest secrets, nor about the things that worried them most.

After a lot of shouting, crying, guilt and hugging, I realised that I was teaching them that it was okay to shout at people. Also, that if someone hurts your emotions and then hugs you, things should go back to being fine.

I did not want that. I want my girls to be strong, independent women, who know when to say that enough is enough.

Drawing on my experience, and applying something that I know works to a situation that I had limited control over, I put up a kanban board to help us get out of the door. The girls were to move their morning activities to the DONE column. The DOING column had a WIP limit of 2 and I only had to look up to see a current status, and how close we were to leaving each morning. 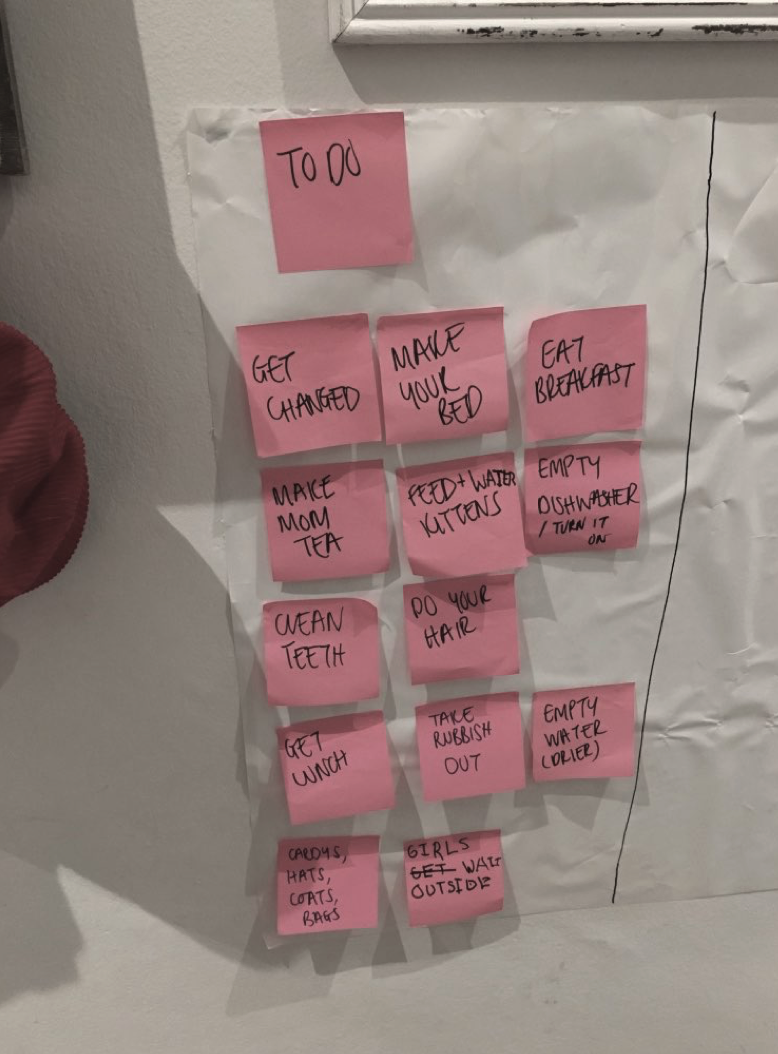 The girls whizzed through their tasks and by the end of the week it became evident that I was holding them up. I had even snuck in a few chores for them to do!

Two weeks of arriving at school without a cross word meant that things were definitely improving in our team. It was time for a retro called “Two stars and a wish”. See those shining Stars! 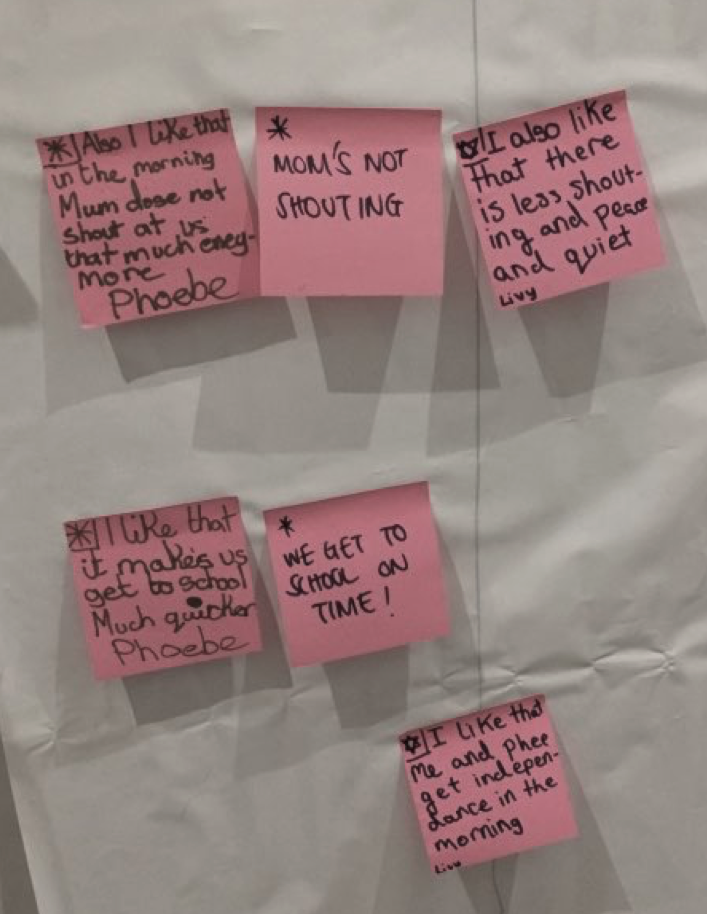 My wish was that we had done this sooner!

They were both keen to get some reward that was more tangible to them. I like to act on user feedback in the moment, so I asked them to write down all of the things that they loved doing at the weekend. Then I got the dots out for voting! We would do the best things first.

They would be doing these things anyway. In a world of abundance, children have grown to expect the best gadgets and entertainment to be available on tap. I wanted them to realise and appreciate that they actually get to do great things on the weekend.

It was all good for a while but by week 6 - after the ultimate lie in - it was time to step up our game.

I had to make a trip out to South Africa as one of my parents was not well. It was summer and I did not want my plants and cats to die. I also did not want to come back to a messy home. So I drew up a list of chores, and a rota for getting them done over the 3 weeks that I was away. Each chore had a definition of done and a value assigned to it. The goal was to maximise the value of their gift from South Africa. I returned to a tidy house, healthy plants and happy cats. The girls were even happier with their gifts from abroad!

More Christmas related - and why it is topical for me to be writing about this now - the girls choose the destination of our summer holiday each year and receive their travel tickets on Christmas morning. This year is was Cyprus.

Here they are with the inflatables that were also under the Christmas tree: 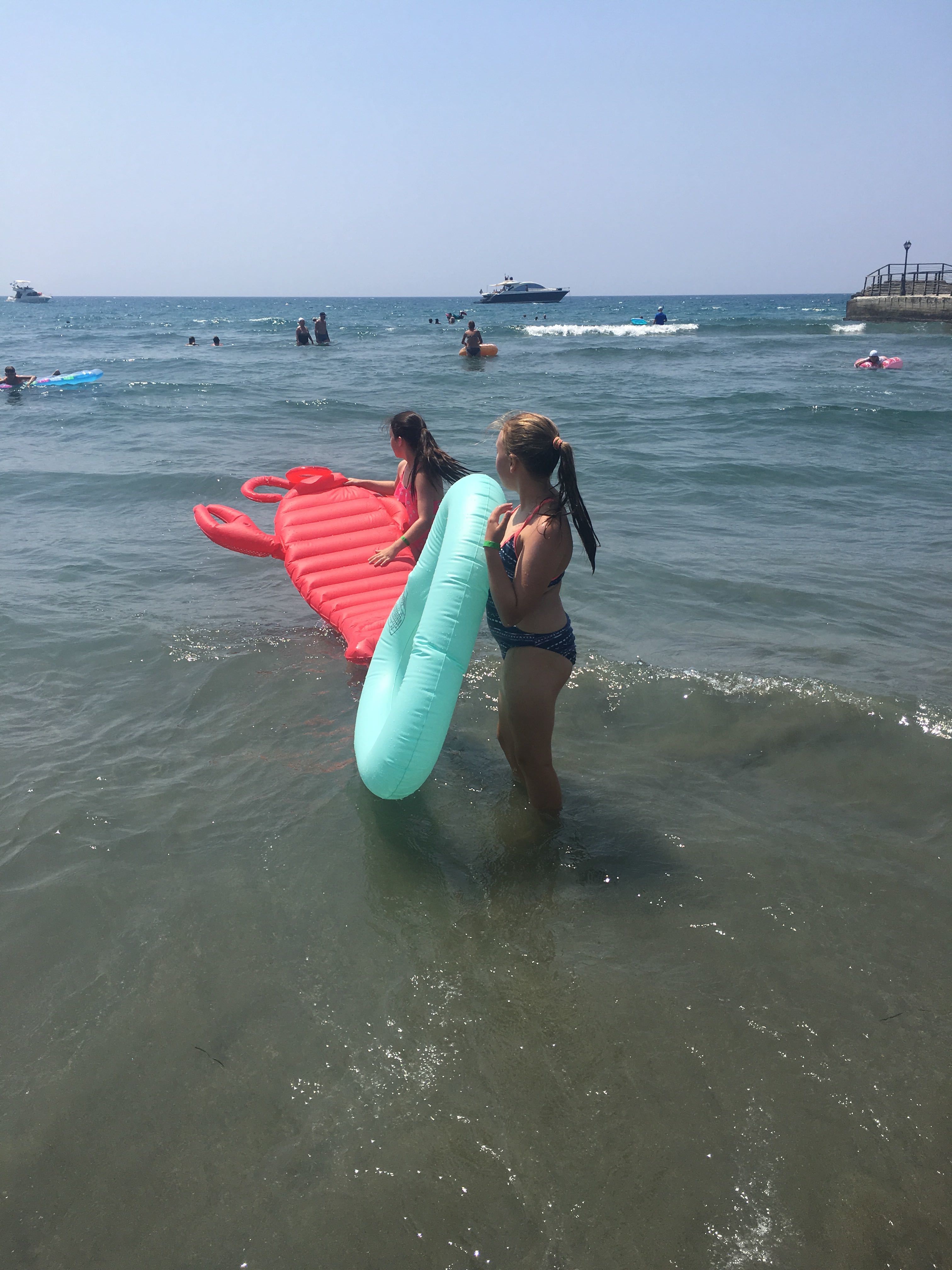 Once we have a destination, we get out the post its and start planning what we will do. The aim is to prioritise the most fun activities. We also look at the time that we have available and how much we could realistically squeeze in.

They have started saving up their pocket money in a holiday fund. There is an incentive of £5 pocket money a week. To add their £5 earnings to the holiday fund - or for withdrawal to spend as they wish at the weekend - they need to keep the house tidy. They risk losing some of it - if they fail to complete their chores.

Although some may consider my style of parenting a little mean, ultimately I believe that I am doing the best that I can to help them with real life. It is a win-win: They love the control that they have over their destiny.

And I love a bit of continuous improvement.

Claire is a Product Manager at Ovo