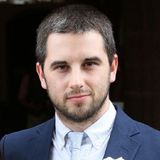 Since humans have been able to build structures, we have formed techniques and principles that other builders can apply, so they aren’t condemned to relive the same mistakes. Even the most audacious architectural marvels, such as the spectacular Duomo in Florence, aren’t just the isolated achievements of a maverick polymath; but the considered applications of principles and techniques learned from previous generations to solve a very unique problem.

Software Development is similar (probably only in this regard) in that we share design patterns, principles and architectures distilled from the similarities between solutions to the same kind of problems. Learning of these and applying them in the appropriate situations prevents us from having to relive the difficulties faced by other members of the community.

One such architecture that I wanted to write about is Hexagonal Architecture (more formally known as Port & Adaptors), created by Alistair Cockburn. It’s a very simple architecture that I’ve been applying recently to help separate my application's core functionality from technical infrastructure; a separation that is useful when I know the infrastructure will change. So, I thought I’d try and further cement my understanding by explaining it…

Let’s start with a problem

Every architectural pattern is trying to provide a solution to a common problem, so let’s look at a suitable problem…

At OVO, we have a lot of customers in our systems and with the natural ebb and flow of any large organisation, we are regularly opening and closing accounts. Let us imagine then, that we’ve been tasked with writing a system that will automatically close these accounts. We do this by:

A simple enough task until you learn that there are numerous sources wanting to close accounts, some want to put CSVs into S3 buckets, others favour HTTP endpoints and Customer Services have always wanted a UI. Similarly, downstream systems for managing accounts are also numerous.

We could just start hammering out code, tightly coupling ourselves to third-party systems and call it a day with a few high level tests — with no abstractions or boundaries to think about, we’d be done in a jiffy! The business would rejoice and we could move on to the next task… well, that is until our system inevitably grows in complexity to a point where our lack of concern for architecture is going to negatively affect us:

A little research into this type of problem shows that it isn’t unusual. In fact, we can even watch the author of Hexagonal Architecture, Alistair Cockburn, describe problems like ours and the architecture he refined, to make a maintainable solution.

We can see from the original problem that modularity is key! We have numerous inputs and outputs that will likely change over time, and we don’t want to pollute our core functionality of closing accounts with particular technologies, as this will only hamper our ability to change either of them in the future. Instead, we should look to modularise interactions so our core functionality no longer depends on any particular implementation.

Turning our attention to the core functionality, it will be generic across the various inputs, since it is just removing meters and then closing the account. We could isolate it from external interactions by creating contracts that must be implemented by any component wanting to interact with it, allowing us to:

Having just read the result of applying Hexagonal Architecture, let’s delve into a little of its theory…

What is Hexagonal Architecture

The only way for humans to deal with complexity is to avoid it, by working at higher levels of abstraction. We can get more done if we program by combining components of useful functionality rather than manipulating variables and control flow; that’s why most people order food from a menu in terms of dishes, rather than detail the recipes used to create them.
— Chapter 6. Object-Oriented Style - Growing Object-Oriented Software, Guided by Tests Book

The purpose of Hexagonal Architecture is pretty straight forward, it focuses on separating your application’s core functionality from the interactions it has with the outside world. This simple act of separating responsibilities has numerous benefits:

So how does this architecture suggest achieving this separation? Well, the secret is structuring our application’s code around two components; ’Ports’ and ‘Adaptors’.

Ports and Adaptors provide a way of thinking about the interaction between the core functionality and the technical infrastructure of the outside world:

Let’s take a closer look at each of these components… rest assured though, neither are anymore complicated than applying SOLID principles.

These are the contracts for interacting with (or by) the core functionality. Each one is designed with a specific intent, such as ‘for notifying X’, ‘for creating Y’ or ‘for closing account Z’. By using them to create a boundary around our core functionality, we can prevent it being coupled to technologies and allow us to consistently apply the language of the domain this process belongs to.

If we imagine the core functionality being in a class, then a port is just an interface, either exposing a method on the class, that is invoked by an adaptor or forming a dependency in its constructor. The approach depends on whether the core functionality is being interacted by the outside world (ports on the left in the picture above), or is trying to interact with the outside world (ports on the right in the picture above).

This is what ports look like in the code:

All we’ve really done is just followed the I and D in SOLID:

Take note of how easily we can now test our core functionality.

Adaptors encapsulate the interaction between a technology and a port. This often involves some form of transformation between a technology specific model to that of the port, i.e. an adaptor could be a component that receives a specific HTTP request, extracts and validates a parameter from it and then passes this parameter to a port as an Account ID.

Depending on whether the adaptor is calling a port (left arrow) or the core functionality is calling an adaptor (right arrow), you’ll write your adaptors differently. Let’s have a look at how to write each type of adaptor.

Writing an adaptor that calls a port

In order for the adaptor to call the core functionality it must know about the port, so in the example below we inject in the port, in this case CloseAccount.

Writing an adaptor that is called by core functionality

This type of adaptor is provided to the core functionality in the setup of the application (composition root).

There we go, nothing too complicated. We can now write any number of adaptors that can interact with our account closer, without having to touch the core functionality.

Next time… applying Hexagonal Architecture to our problem

In the next article we’ll look to apply what we’ve learned to create a fully deployable solution (minus the industry backend of course).

Until then however I hope this article has provided you with enough knowledge to apply hexagonal architecture when you’re faced with a similar problem. Just remember to apply it wisely, as no pattern is a panacea to every problem.

This article on learning Hexagonal Architecture was originally written for my personal blog, where I'll be writing more articles of this nature. If you have any suggestions on how I can improve it, or my writing then please let me know @SketchingDev, or leave a comment.