Last year we partnered with CoderDojo (a global network that organises free, volunteer-led, coding clubs for children aged 7 and 17) and started to run regular coding sessions for young people from the local community.

After the success of the first Bristol CoderDojo last year, we hosted our second (and third!) CoderDojo in both the London and Bristol office on Saturday 30 January.

At the London session, there were two activities: the first involved The Hour of Code programming exercises featuring Star Wars, Frozen and Minecraft themes. With the help of a drag-and-drop block interface, the kids were introduced to the basics of algorithms, maths and the software development process.

The quick learners and more experienced kids were able to develop their first personal websites in HTML or tackle more advanced puzzles in Python. With a help of Code Academy, the kids were able to create their dynamic shopping lists while learning about variables, for loops and if-else conditions.

“They LOVED it! They all got something different out of it as did I and my father in law (who came to help me control the masses). It was great seeing them work through the exercises and see which bits captured their attention more than others. Please pass on our thanks to everyone involved. It was a fabulous afternoon."
--London

The second activity involved robotics. The main aim of this stream was to show how physical machines interact with software - and to demonstrate that programming doesn’t just live behind a computer screen. 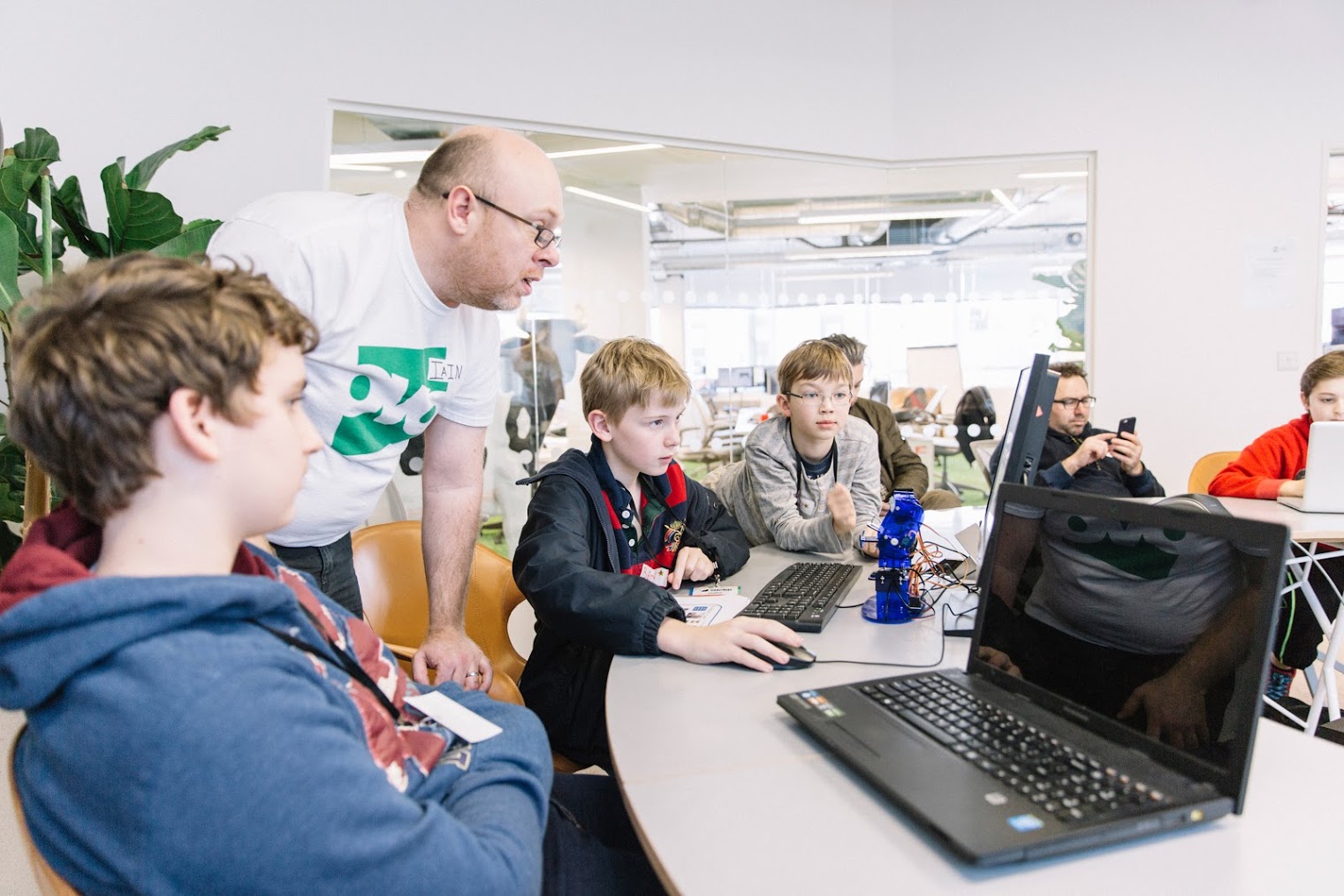 The kids were able to control OhBot - a robotic human head kit, that can talk, display emotions and even recognise shapes and faces! Another exercise included OzoBots which were little cars that would follow a drawn line, change direction, stop or turn on lights depending on the colour of the line.

A real-time video stream throughout the event

The highlight of the session was the live video link-up between the Bristol and London office; the objective of which was for the children to compare what they'd learnt… but they mainly used the webcam to pull funny faces at each other. 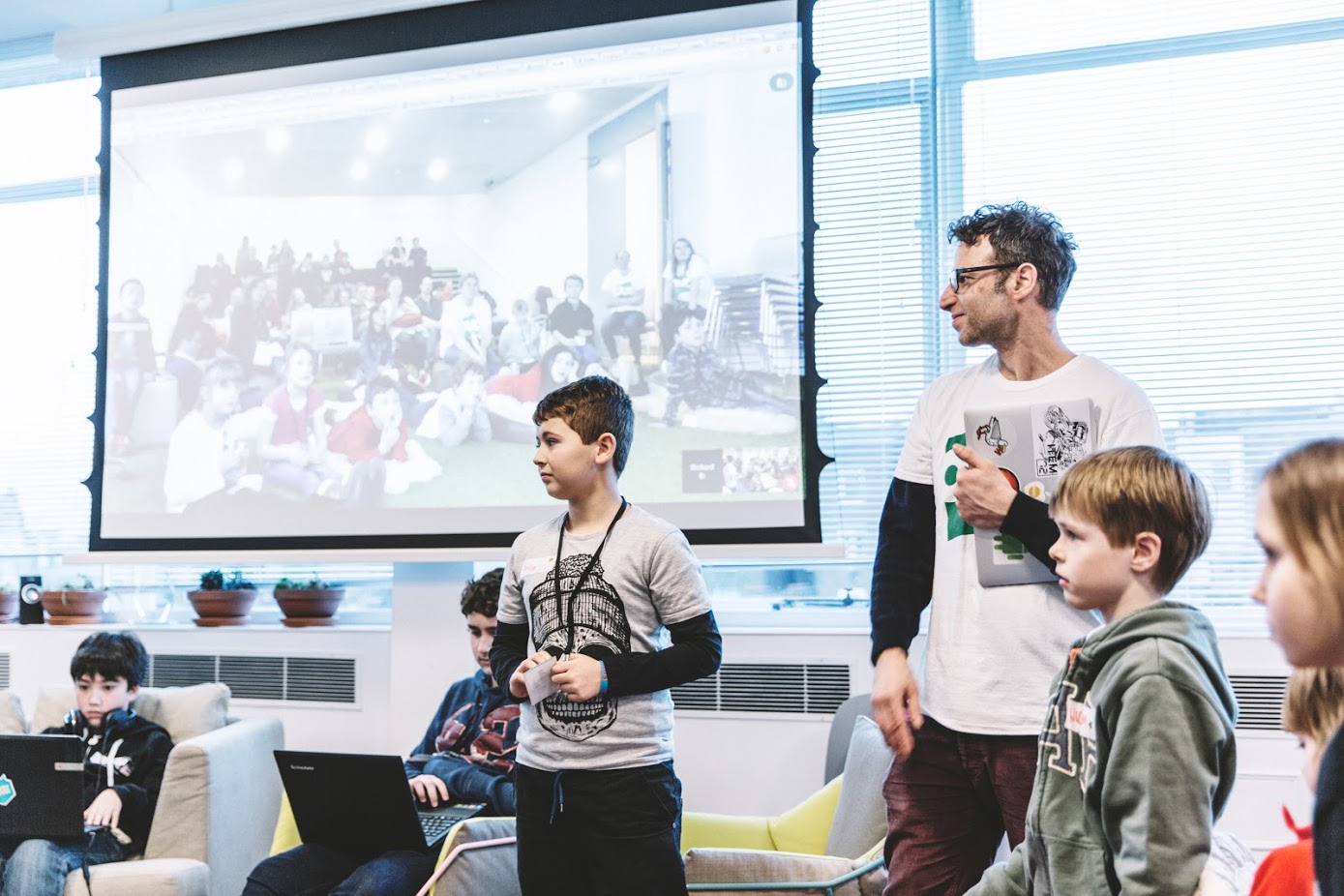 In Bristol, there were activities for all abilities, from building a customised version of the vintage game Pong, to drawing complex designs using code. There was even a fun game called LightBot which teaches the principles of programming through problem solving.

"Thought the team were incredibly patient and encouraging, and the event was well planned and run."
--Bristol

It was so much fun that even the adults had a go! The best part was when we brought everyone together to show off the great work they did. There was laughing, rounds of applause, and gasps of awe, proving that code is something we can all enjoy! 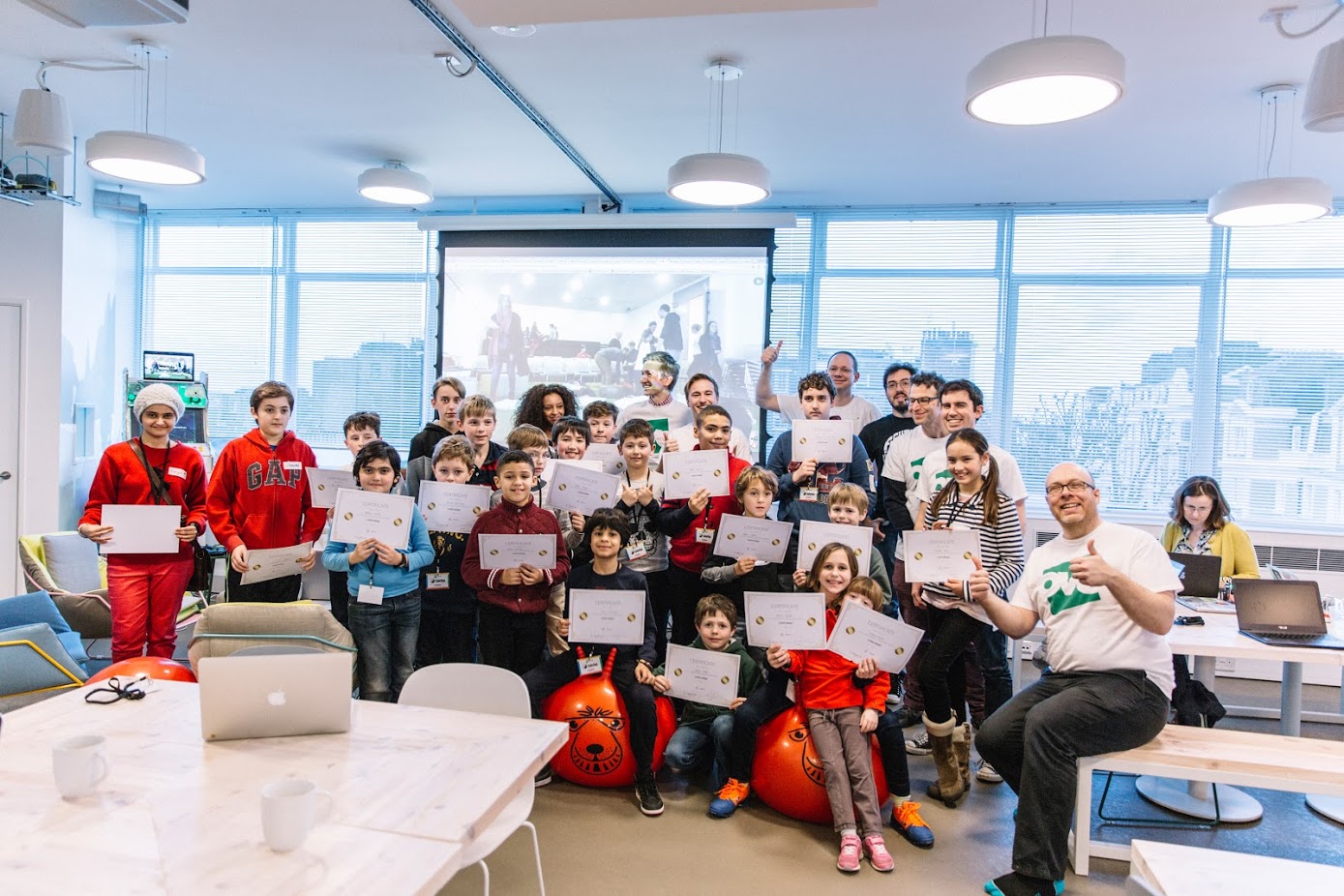 At the end of the day, the brave warriors were awarded the very special graduation certificate for being "Robot-taming, website-wrangling CoderDojo Ninjas"!